The CAP 120 Research Study consists of companies selected from ten industries intended to provide a broad representation of market practice among large U.S. public companies. The fiscal year revenues of the companies in our sample range from approximately $3 billion to $500 billion (median revenue of $32.7B) and are summarized in the following exhibits. 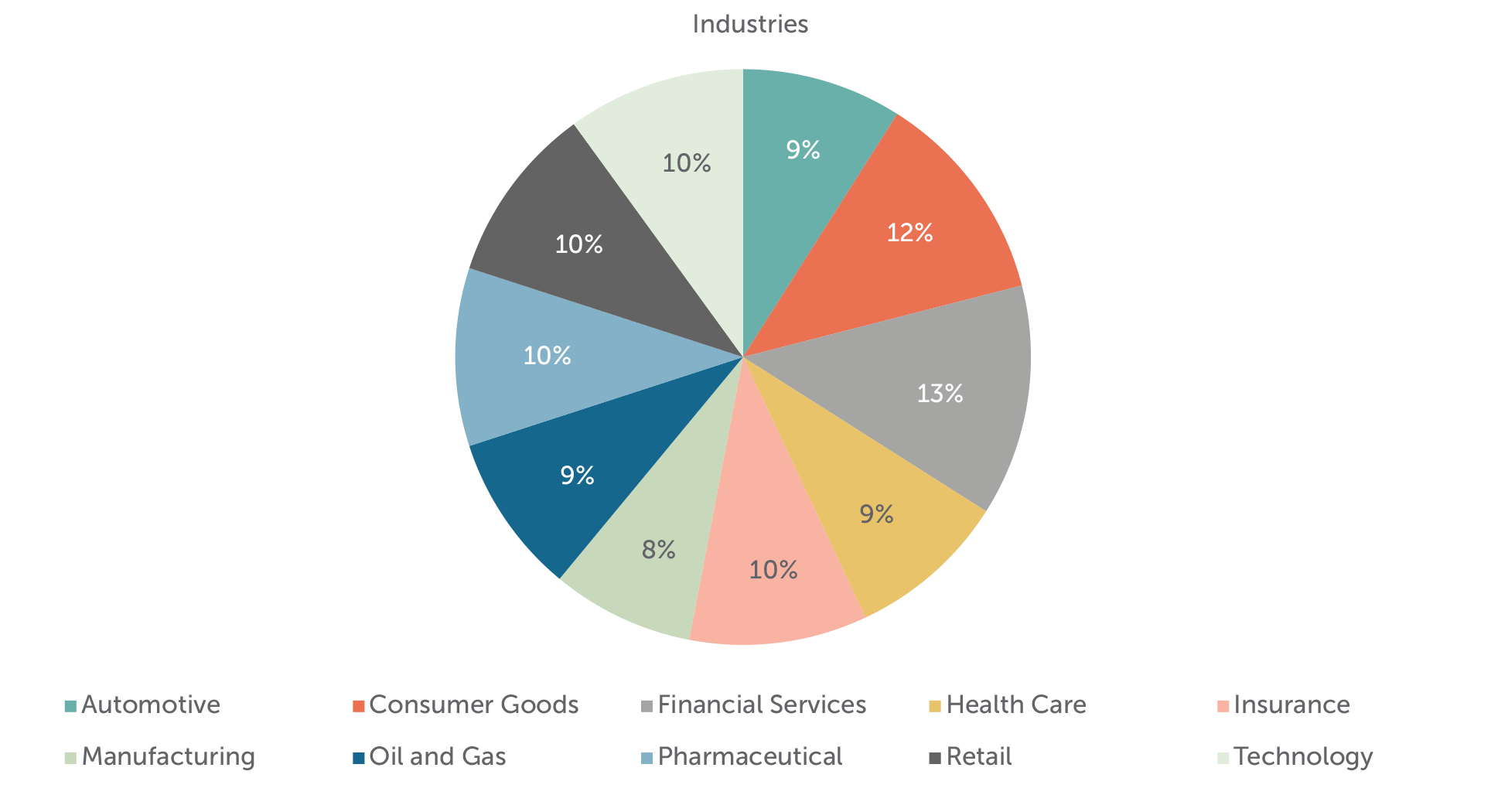 Operating Income (including EBIT, Pre-tax Income and EBITDA), Revenue, EPS, and Cash Flow are the most common metrics used in annual incentive plans. Since our first study, the use of Operating Income and Revenue has been generally consistent. Over this period, the use of EPS, Return Metrics and Net Income has decreased (by 11, 10 and 6 percentage points, respectively).

Note: In the chart above, n/a = not available. Percentages add to greater than 100% due to multiple responses disclosed by many of the companies. Return measures category is comprised of the following metrics: ROE, ROI, ROIC, and ROA.

More companies are incorporating non-financial measures in the annual incentive plan as they are unique to a company’s strategy. Overall, approximately 40% of companies in our study use strategic and other non-financial measures, with certain industries (e.g., Health Care and Oil and Gas) having more of an emphasis on these measures. An emerging trend is to incorporate ESG (environmental, social and governance) metrics in the annual incentive program. Overall, 14 companies (12%) in our study disclosed such measures; environmental measures are most prevalent (8 companies) followed by diversity and inclusion (6 companies).

The chart below shows the three most common metrics by industry in 2018:

The next most common approach is to use three vehicles (29% of companies). A small percentage of companies in our study (16%) use only one vehicle and it is most typically delivered in the form of a long-term performance plan (84%).

Performance-based LTI reflects the largest portion of the LTI mix for the CEO. For the first time in our large cap company study, time-based restricted stock reflects a larger portion of the total LTI mix than stock options. The decrease in the value delivered in stock options has shifted to performance-based LTI in the overall LTI mix. The value delivered in time-based restricted stock/units has been generally flat since 2011.

For stock options, most companies use 3-year ratable vesting with a 10-year term.

Total Shareholder Return (TSR) continues to be the most prevalent performance metric in long-term performance plans; 63% of companies use it as a measure in the performance-based LTI plan. Return metrics are the second most common measure (51% of companies) followed by EPS (31%) and Revenue (23%).

In CAP’s first study, EPS was the most common measure followed by TSR. The rise in the use of TSR can be linked to the influence of proxy advisors who have increasingly used TSR as a proxy for performance since our first study (conducted prior to the adoption of the Dodd-Frank Wall Street Reform and Consumer Protection Act which mandated the shareholder Say on Pay vote). Of the companies that use TSR, approximately 30% disclose using it as an award modifier instead of a weighted metric.

The decline in the use of EPS in performance-based LTI plans is consistent with the decline of EPS use in annual incentive plans. Interestingly, the use of return measures has increased significantly from our first study (51% in 2018 vs. 20% in 2009) as companies are aligning executive long-term pay with profitable growth and operational efficiency. Return metrics are also often favored by institutional shareholders.

Note: Percentages add to greater than 100% due to multiple responses disclosed by many of the companies. Return measures category is comprised of the following metrics: ROE, ROI, ROIC, and ROA.

Stock ownership guidelines are very common in publicly traded companies and are viewed favorably from a governance perspective. 95% of companies in our sample have requirements in place for the NEOs. For the CEO, the median guideline (expressed as a multiple of base salary) is 6x and for other NEOs it is 3x.

Many companies (52%) have a stock holding requirement in place in addition to the stock ownership guideline requirement for senior executives. It continues to be less common for companies to have stock holding policies that are independent of stock ownership guidelines, or that apply after the ownership requirement has been achieved. These holding policies require executives to hold net shares received from equity awards for periods ranging from one year (most common) to post-retirement. These are generally viewed as shareholder friendly, yet their prevalence has remained fairly consistent over the past few years.