The CAP 100 Research Study now consists of 110 companies selected from ten industries intended to provide a broad representation of market practice among large U.S. public companies. The fiscal year revenues of the companies in our sample range from approximately $5 billion to $500 billion (median revenue $32.2B). The sample is further summarized in the following exhibits. 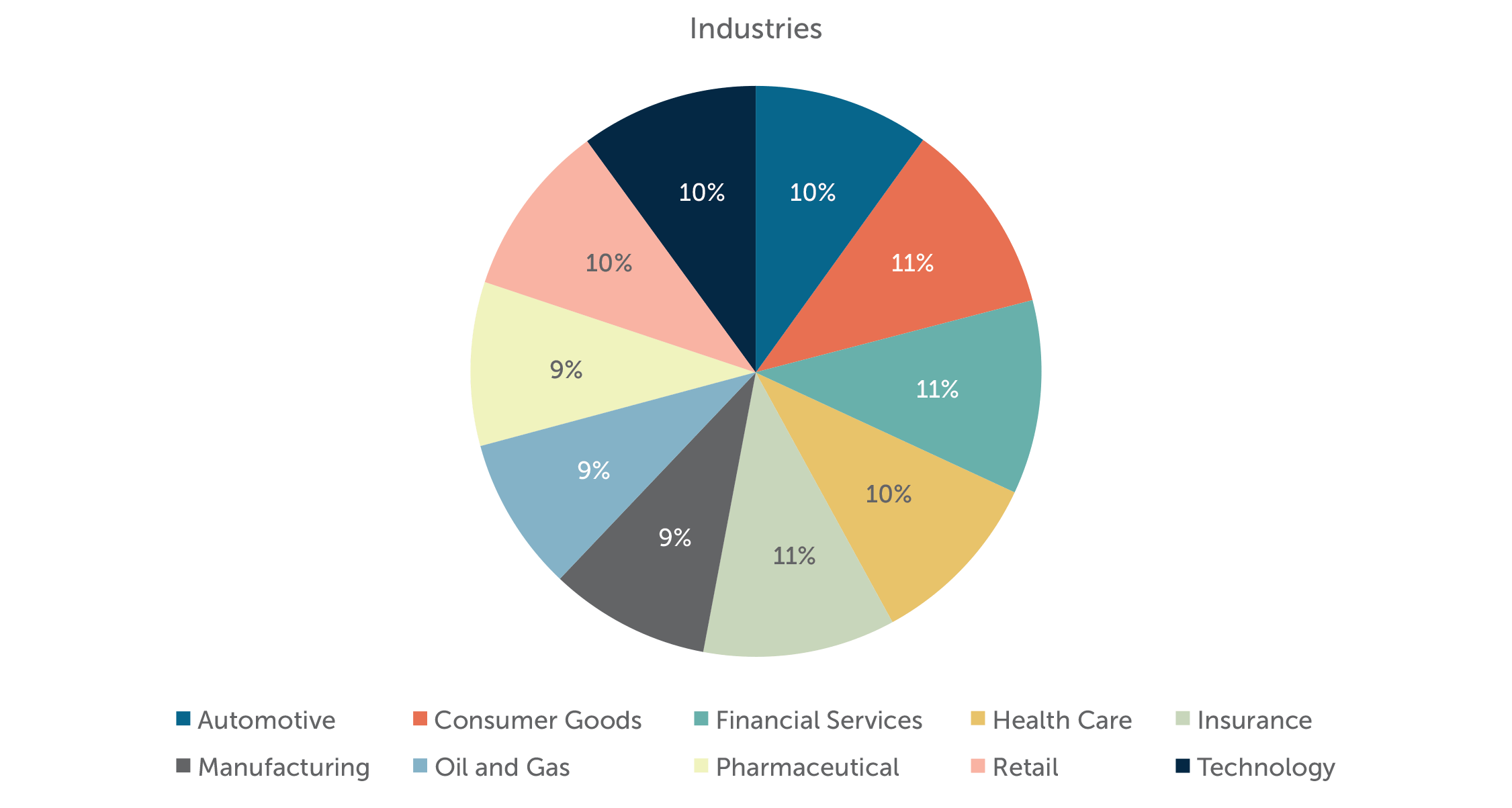 CAP reviewed proxy disclosures to understand how companies establish annual incentive (bonus) payout ranges (i.e., threshold payout and maximum payout expressed as a percentage of the target award). Approximately half of companies disclose a threshold bonus payout at a defined level other than zero. A threshold payout of 50% of the target award is most common; in general, the range among our sample was 25% to 50% of target. Other companies start at a 0% payout for threshold performance with payout levels progressing to target.

The use of Cash Flow, EPS and Return Metrics all increased slightly (by 3% to 4%) versus 2016. We are also seeing an increased use of strategic measures, more formally, in incentive plans.

The chart below shows the three most common metrics by industry in 2017:

Overall, the median CEO bonus payout for 2017 performance was 118% of target – an increase over the median payout for 2016 performance of 101%. Across the industries, median CEO bonus payouts were the highest in Health Care (140%), Oil and Gas (135%), Technology (129%), and Consumer Goods (126%). None of the ten industries had a median bonus payout of less than 100% of target. Compared to bonuses paid for 2016 performance, the Retail industry showed the greatest increase in payout, year-over-year.

Note: Most companies in the Financial Services industry do not disclose a target bonus for the CEO. For these companies, three-year average actual bonus was used as a substitute for target.

Since 2011, the percentage of companies using stock options declined by 14 percentage points to 61%, while the prevalence of time-based restricted stock/units has remained relatively flat. The bulk of the decline in stock options has transitioned to performance-based awards over time.

The majority of companies use ratable vesting over a period of three years for time-based RS/RSU awards. Approximately one-quarter of companies require a vesting schedule of four years or more.

Most companies use a three-year ratable vesting schedule for stock options with a 10-year term.

Among companies in our study, TSR is the most prevalent performance metric in long-term performance plans and is used by 58% of companies with performance-based awards. Most companies (97%) measure TSR on a relative basis. Among companies that report using TSR, 30% use it as a modifier. In general, TSR is viewed as a shareholder friendly design feature. It also provides a credible way for companies to measure multi-year success, while avoiding the challenges of setting multi-year financial or operational goals.

TSR, however, is an outcome and not a driver of longer-term company success. Relative TSR can also be heavily influenced by a company’s position in the performance cycle. Consequently, most companies (89%) that use TSR as a metric use it in connection with another metric—most commonly, a return metric or EPS.

Return measures are the second most prevalent (53% of companies) type of performance metric, followed by EPS (29%) and Revenue (23%). Companies use these metrics – often in combination – in long-term performance plans to support operational efficiency and/or profitable growth.

When selecting specific performance metrics or modifiers, if any, companies should consider those yardsticks that best support long-term value creation in their industry and align executives’ interests with those of shareholders.

Similar to annual incentive plans, companies tend to use multiple metrics to create balance in their long-term performance plans.

Among the companies in our study, 50% use a combination of absolute and relative performance goals in their long-term performance plans. This approach motivates executives to achieve the company’s internal financial goals, while also balancing results relative to comparable companies with similar economic influences. When goals are relative, the goal setting process is substantially simplified.

Note: Percentages add to greater than 100% due to multiple responses disclosed by many of the companies.Return measures category is comprised of the following metrics: ROE, ROI, ROIC, and ROA. (*) Approximately 30% of these companies use TSR as an award modifier.

The four most common CEO perquisites in our analysis were: personal use of corporate aircraft (63%), personal security (34%), automobile allowance (31%) and financial planning (29%).

Stock ownership guidelines (SOG), hedging, pledging, and clawback policies are very common in publicly traded companies. These policies have grown in popularity due to the influence of legislation, proxy advisor firms, and shareholder scrutiny.

A smaller number of companies (24%) maintain stock holding policies that are independent of stock ownership guidelines or that apply even after the guideline requirement has been achieved. These policies require executives to hold net shares received from equity awards for a period of time ranging from one year to retirement.