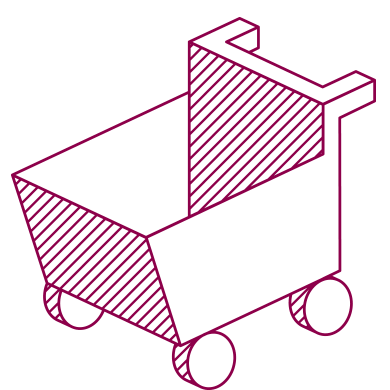 The retail industry is facing challenges, with many companies experiencing stagnant or declining sales, store closures, layoffs and even bankruptcy. The industry is benefiting from favorable macroeconomic factors: consumer confidence index increasing for 8 years in a row with the 2017 index at the highest point in the last 15 years; continued increases in per capita disposable income; a low interest rate environment; and low unemployment. Yet, the downward pressure on revenues and margin deterioration in the industry has continued, driven by the intense competition from e-commerce retailers, such as Amazon, and lackluster performance of brick and mortar stores. The growth in e-commerce has forced many companies to invest in their online sales channels to compete and grow, while the shift to online sales often forces retailers to provide discounts to attract consumers and at the same time face increasing shipping costs. With this challenging environment as a backdrop, our report will focus on pay versus performance and incentive design among 33 companies.

In terms of shareholder returns, most of the companies in the sample experienced stock price declines during 2016. Dividend payouts offset the declining stock prices resulting in a modest (+1%) TSR. The retail industry significantly underperformed the companies in the S&P 500, where the median TSR was +13% for 2016. Prior to the presidential election, TSR for most retailers was negative. Stock prices reversed course after the win of the Republican ticket. Expectations for a stronger economy and tax reform bolstered stock prices.

Multi-Line: Highest median decrease in year-over-year bonus between the 3 segments studied; however, performance was almost flat for 2016. The decreases in bonuses were driven by lower than expected growth as 2014-2015 performance was much stronger (e.g., +9% growth in operating income).

Big Box Specialty: Even though this segment performed better than the other two segments, bonuses were down 9%. Similar to the companies in the Multi-Line segment, 2014-2015 performance was also better for these companies (e.g., +9% growth in operating income).

Unlike bonus payouts, the median change in total awarded pay (salary, bonus and long-term incentives) was flat compared to prior year, which was generally aligned with the industry performance in terms of Revenue growth, Operating Income growth, and TSR. The decreases in bonuses were offset by modest increases in long-term incentives that, on average, accounted for 65% of total CEO pay.

Actual Bonuses as a Percentage of Target

Long-term incentive mix varied slightly by segment, particularly in the use of stock options and time-based restricted stock units. Stock options were used by at less than half of multi-line retail companies and were most prevalent among big box retail companies. All three segments provided similar levels of long-term performance plan awards, with an average of at least 50% of total long-term incentive denominated in performance plans for CEOs.

The most prevalent metrics in long-term performance plans were profitability measures and relative TSR. Approximately 85% of companies used either one or two metrics in their long-term plans with the rest using three measures. Return measures were not as common as other industries, but we believe that they will become more prevalent as institutional shareholders have expressed great interest in including such metrics in long-termincentive plans.

What’s next for compensation in the retail industry? We expect intense competitive pressure to continue, with opportunities for major disruption from the entry of new players and the continued shift to e-commerce. Strategic transformation will be necessary and some retailers will not survive the challenge. All that being said, attraction and retention of key executive talent will be even more important going forward.