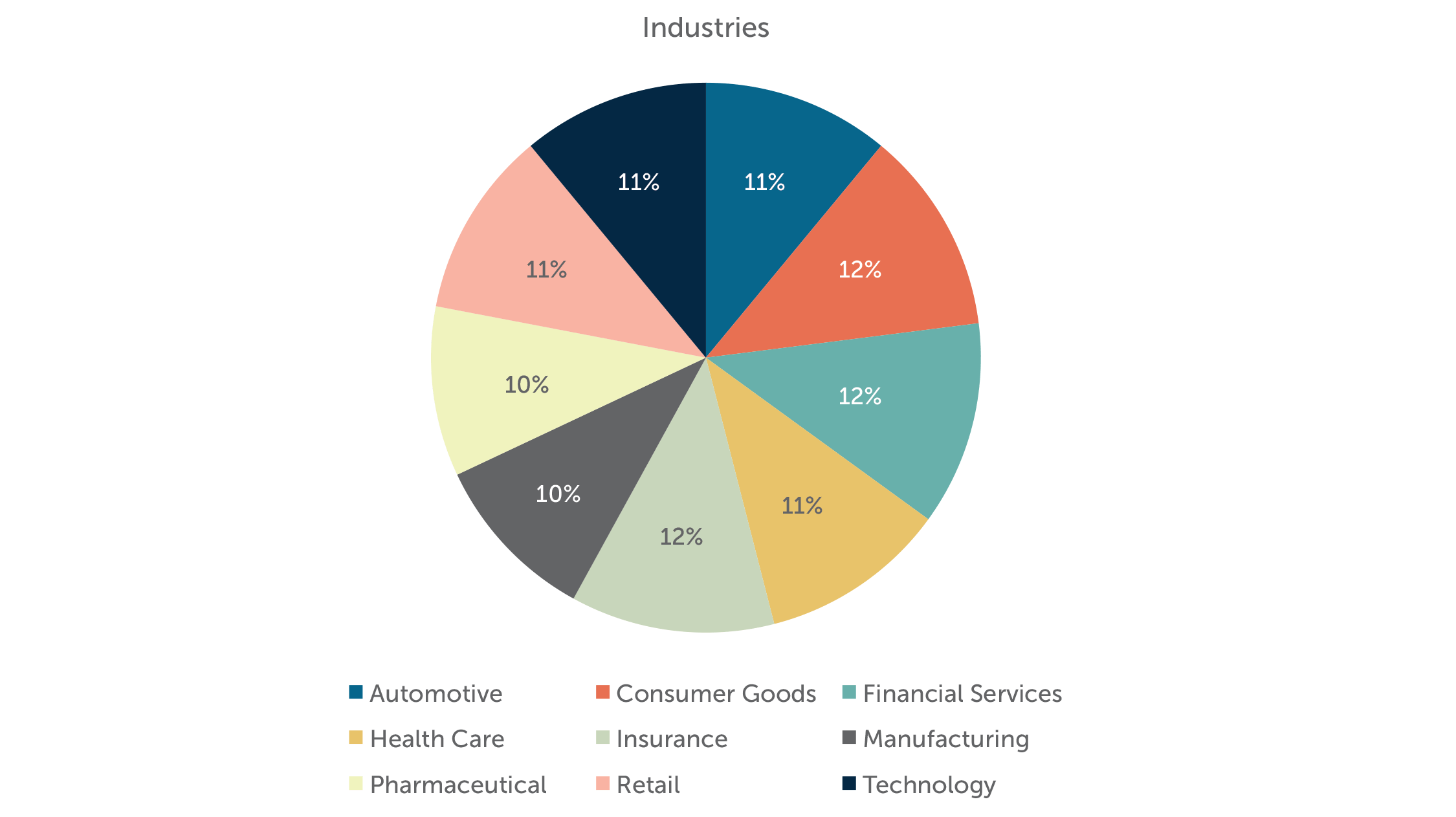 CAP reviewed proxy disclosure to understand how companies are establishing the annual incentive payout ranges (i.e., the threshold payout and the maximum payout expressed as a percentage of the target payout) for annual incentives. Most companies that we reviewed identify the minimum payout as zero and do not separately disclose a threshold level of performance. For the 41 companies that did disclose a threshold bonus payout other than zero, a payout of 50% of target is the most common percentage. 19 companies disclose a minimum bonus payout of less than 50% of target.

The use of revenue as an annual incentive metric is prevalent across most industries, along with a profit metric (e.g. operating income, EPS, net income, etc.) and cash flow.

The chart below shows the three (3) most common metrics by industry in 2016:

Note: Most companies in the Financial Services industry do not disclose a target bonus for the CEO. For these companies, three-year average actual bonus was used as a substitute for target.

Since 2011, there has been a significant shift away from the use of stock options and time-based RS/RSUs, towards performance-based awards in the overall CEO LTI award mix.

The majority of companies use a three-year ratable vesting schedule for stock options. An option term of ten years is most common.

Among companies in our study, Total Shareholder Return (TSR) is the most prevalent performance metric in long-term performance plans (used by 56% of companies with an LTIP). Most companies (87%) that use TSR as a performance metric measure TSR on a relative basis, while only a few companies (13%) measure TSR on an absolute basis versus pre-established goals. In general, TSR is viewed as a shareholder friendly design feature. It also provides a credible way for companies to measure multi-year success, while avoiding challenges with setting multi-year financial or operational goals.

TSR does have short-comings though. It is an outcome of business strategy, rather than a driver of longer term company success. Relative TSR can also be heavily influenced by a company’s position in the cycle. For example, a period of lower performance can be followed by a sharp upswing or vice versa. However, most companies (91%) that use TSR as a metric use it with another metric—most commonly, a return metric or EPS. Further, among companies that use TSR, 32% use it as a modifier only.

Return measures are the second most prevalent (47% of companies) type of performance metric, followed by EPS (29%) and Revenue (24%). Companies use these metrics – often in combination – in long-term performance plans to support operational efficiency and/or profitable growth.

When selecting specific performance metrics and adjustments, if any – companies should consider metrics that support long-term value creation in their industry. For example, many companies in the Technology and Pharmaceutical industries use TSR as a metric. Companies in these industries want to motivate executives to drive success through the development of new products. As successes in new product development impact a company’s stock price before impacting its financial statements, TSR is a good indicator of future growth and profitability and aligns executives’ interests with those of shareholders.

Companies tend to use multiple metrics to create balance in their performance plans.

Among the companies in our study, 51% use a combination of absolute and relative performance goals in their long-term performance plans, up from 48% in the prior year. This approach motivates executives to achieve the company’s internal financial goals, while also balancing results relative to comparable companies. When goals are relative, goal setting is also, typically, substantially simplified.