Incentive Compensation at America’s Largest Banks: Federal Reserve Guidance – Where Are We Now? What Lies Ahead?

Believe it or not, it has been four years since the final guidance on sound incentive compensation practices for financial institutions was adopted by all federal agencies in June 2010 (Final Guidance). These last four years have been challenging for management and Compensation Committees, especially at the largest banks, as they have worked to modify their compensation programs to comply with the Federal Reserve’s guidance. What has made compliance particularly difficult is that this period has also been a learning experience for regulators, and over time they have been forming more precise views on what their incentive compensation guidance means in more practical terms. In our experience, most banks have had frequent compensation-specific interaction with regulators, but most input has been provided orally and not in writing. The last public proclamation on incentive compensation practices was the publication in October 2011 of “Incentive Compensation Practices: A Report on the Horizontal Review of Practices at Large Banking Organizations”. Since then, the Federal Reserve has been publicly silent, but actively working to reshape incentive compensation in the industry.

Underlying the Fed’s input to financial institutions is a legitimate concern about the potential for incentives to encourage excessive risk taking. The Fed has stated that: “risk-taking incentives provided by incentive compensation arrangements in the financial services industry were a contributing factor to the financial crisis that began in 2007” and “Before the crisis, large banking organizations did not pay adequate attention to risk when designing and operating their incentive compensation systems.” Agree or disagree with these points, over the past several years compensation-related risk management processes have vastly improved.

In this CAPflash, we provide an overview of how compensation practices have evolved following the Fed’s guidance, what (in our view) the Fed has got “right” and where they may have gone too far, and what we expect to see from banks and regulators in the near future.

Where We Are Now

The Final Guidance was principles-based, leaving leeway for implementation to consider differences among the institutions subject to this new level of oversight. For example, companies with significant differences in their businesses, such as select investment banks, custody banks, regional banks, and credit card companies were all subject to the same guidance. In its October 2011 publication, the Federal Reserve noted, “The interagency guidance helps to avoid the potential hazards or unintended consequences that would be associated with rigid, one-size-fits-all supervisory limits or formulas.” In our experience, banks devoted considerable time and resources to demonstrate substantial conformance with the new requirements, but went about responding and demonstrating conformance to regulators in different ways.

The Interagency Guidance was founded on three key principles:

The Fed and other agencies have become more prescriptive in their “guidance” to banks, at times almost to the point of allowing for limited leeway in compensation practices. The table below provides a summary of the methods for linking compensation and risk outcomes described in the Final Guidance, and select examples of how current compensation design practices have evolved based on input from regulators.

In our view, the area where the Federal Reserve has had the most positive impact on incentive compensation design is in requiring deferrals to be subject to performance adjustment, before and after grant, based on risk outcomes (generally not the case before the guidance). Other changes encouraged by the Fed (e.g., eliminating/reducing stock options, reducing upside incentive plan leverage to 125%-150% of target, reducing the use of relative measures, etc.) seem to be less well founded in the principles of risk balancing and more arbitrary. It is difficult to identify the role that these incentive design features played in the financial crisis and it seems to us that Fed input on these areas is based more on theoretical objections than any empirical data supporting the hypothesis that these incentive design features encouraged excessive risk-taking among executives at financial institutions.

U.S. regulators should be commended for maintaining a largely hands off approach thus far with respect to pay levels, focusing primarily on incentive compensation design and control features. This approach provides a strong focus on risk balancing of incentive compensation, while recognizing the need for the industry to maintain competitive compensation programs. In contrast, in the European Union, CRD-IV places caps on the level of incentive pay that may be delivered (as a ratio of fixed pay). This type of regulation severely limits the ability to implement a pay-for-performance compensation design and, in response, has led many companies to increase fixed pay. As a result, CRD-IV has potentially harmed shareholders by weakening the pay-for-performance relationship. Thankfully, to-date, the Fed has avoided this kind of heavy-handed approach in addressing compensation in U.S. financial institutions.

Still, we may have unanticipated consequences in the U.S. Many shareholders and shareholder advisory groups prefer formulaic performance-based incentive arrangements to discretionary incentives, as they fear that discretion will be used for the benefit of management. However, because regulators have discouraged formulaic, performance-based upside in incentive compensation plans, many financial institutions have moved to more discretionary incentive arrangements to allow for greater flexibility to compensate executives. Another potential response to the Fed’s input is that, over time, financial institutions may increase pay levels to address concerns that executive talent will depart for other industries (e.g., hedge funds, private equity, asset management) where there are no restrictions on incentive design. 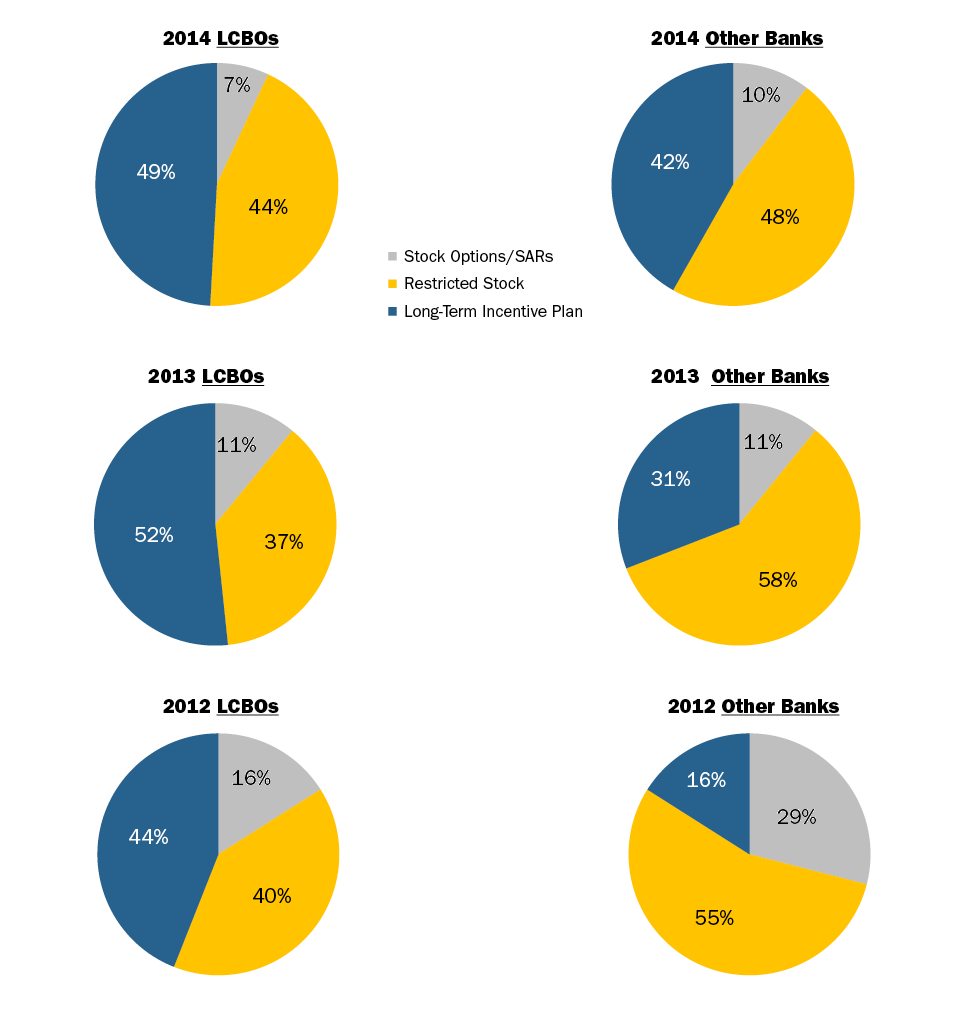 Going forward, we expect regulators to provide more guidance on monitoring and validation processes and results. Many companies developed approaches to retrospectively review risk outcomes and the corresponding impact on compensation decisions, but communicating these processes and results for all covered employees to regulators is still, generally, in early stages. Regarding incentive plan upside leverage, regulators have started to state more and more directly a belief that 125% is most appropriate, but many banks have held their ground at 150%. Some of the banks that moved to 125% may start to re-evaluate their program and consider moving back to 150% to remain competitive.

As companies and Committees try to “live with” the restrictions of the guidance, we expect to see a continued move away from formal targets and increased use of discretion, increases in pay levels to recognize decreased incentive plan upside leverage, and challenges in applying risk adjustments and clawbacks.

Incentive compensation processes and designs among financial institutions have changed a great deal over the past four years, to a large degree driven by regulatory input. If we look back at the principles (Final Guidance), most banks have come a long way in addressing them. At this point, we hope that regulators can step back and consider how much progress has been made and consider taking a pause to begin to evaluate what changes were necessary and effective and what changes may have been excessive.

CAP reviewed 2012, 2013, and 2014 proxy statements and the most recent equity award agreements of the 23 large publicly-traded banks1 that were included as part of the Federal Reserve’s horizontal review of incentive compensation. Our analysis looked for year-over-year changes in compensation structure, annual and long-term incentive design, performance-based vesting, recoupment policies and stock ownership guidelines/retention requirements.

Select summary data is shown below. Findings have been divided into two data sets, large complex banking organizations (LCBOs) and other large banks with assets exceeds $50 billion. LCBOs are one year ahead of the other large banks in terms of their interaction with the Fed, and the related implications on compensation program design.

Some companies differentiate stock retention requirements for the CEO versus Other NEOs. Therefore in some instances the prevalence shown is greater than 100 percent.