One of the major developments of the 2013 proxy season was an increase in the prevalence of voluntary realized and/or realizable pay disclosure. Many companies have become concerned that compensation values reported in the Summary Compensation Table (“SCT”) and the Grants of Plan Based Awards table (“GPBA”) may misguide readers on the levels of compensation that their executives actually receive and therefore, have the potential of leading to a perceived pay vs. performance disconnect. 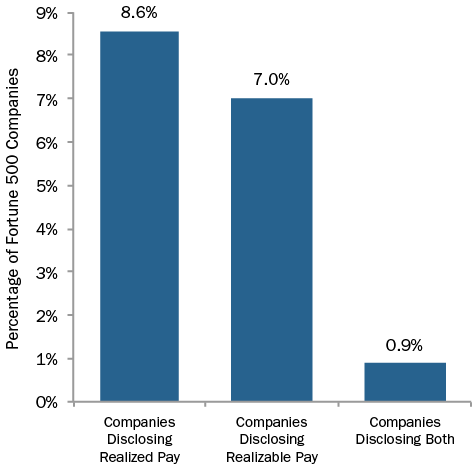 For companies disclosing realized pay, the most common methodology used was base salary actually paid, bonus actually paid, the value of restricted stock that vested during the period, and the value realized upon exercise of options during the period. In a lesser number of cases, companies also included all other compensation and the change in pension value. The majority of companies presented realized pay on an absolute basis (i.e., on an individual company basis, not against peers or some other index). CAP found that of the companies disclosing/discussing the concept of realized pay, most (90%) used some type of chart or table to discuss the concept, 62% compared their realized pay to some other definition of compensation (companies were equally divided between disclosing a comparison of realized pay to SCT pay or to the executive’s target compensation), and approximately 28% of companies compare a performance metric (most commonly TSR) to a graphic depiction of realized pay. 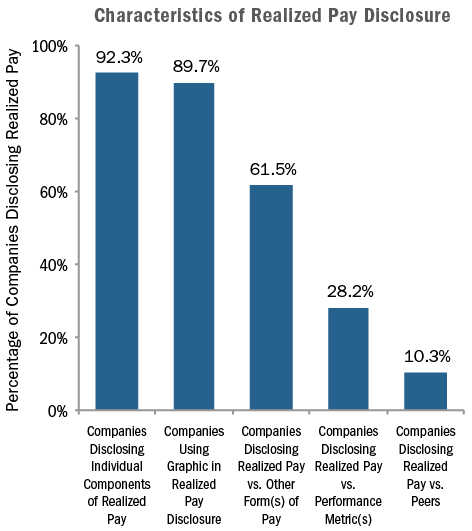 Companies disclosing realized pay had a median cumulative TSR of 7% and 5% on a 1- and 3-year basis, respectively—placing the majority of disclosing companies well below the median of the Fortune 500. 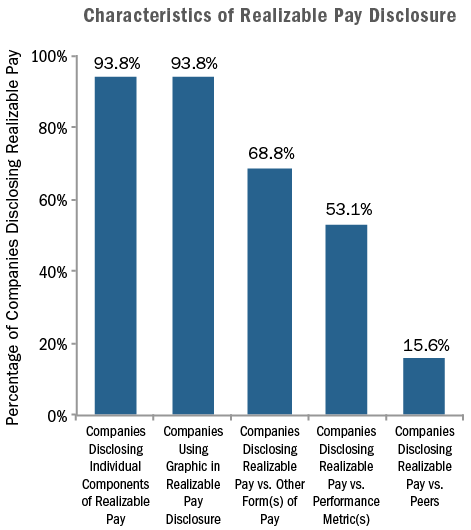 The 2013 proxy season was the first year where we saw a meaningful number of companies disclosing realized and/or realizable pay and with the 2014 proxy season fast approaching, we fully expect to see an increase in supplementary pay disclosure, particularly for those companies with below-average TSR.

Note: For detailed findings or specific company examples, please call or email Eric Hosken at Compensation Advisory Partners. We expect to publish a more comprehensive discussion of the topic in the Q2 2014 World at Work Journal.