The PDF of the report provides additional data for the Information Technology sector.

CAP reviews and publishes an annual update on pay levels for Chief Financial Officers (CFOs) and Chief Executive Officers (CEOs). This year’s update is based on a sample of 119 companies with median revenue of $13 billion. Additional information on criteria used to develop the sample of companies is included in the Appendix.

Salary increases were higher for CFOs since only about one-half of CEOs received an increase. Yet, the median increases in actual bonus and long-term incentives were at similar levels for both CFOs and CEOs.

The median rate of increase in actual total direct compensation levels for CEOs and CFOs was 10.9% and 9.9% in 2017, respectively. We found that in 58% of the companies, the CEO received a higher percentage total compensation increase than the CFO.

While target bonuses remained relatively the same, actual bonuses had significant increases indicating a strong performance year among the sampled companies. Year-over-year revenue and operating income growth was 7% for both measures which was much higher than 2016 performance of 1% and 4% growth, respectively.

Median TDC increases by industry were generally aligned with the year-over-year revenue and operating income improvements.

Total compensation increases lagged the total sample for the Consumer Discretionary and Consumer Staples industries. While the companies in Consumer Staples improved total shareholder returns, revenue growth, and operating income growth in 2017, the overall industry performance still lagged the total sample. On the other hand, the companies in Consumer Discretionary generally saw a decrease in operating performance and an improved total shareholder return in 2017, but total compensation was generally flat.

The underperformance of the Consumer Staples companies is partially attributed to the pressure on sales volume as a result of taxes on soda, competition from store brands / smaller upstarts, battle for shelf space, and health conscious consumers.

For Consumer Discretionary companies, the trend is less clear as this industry is more diverse and covers a lot more sub-sectors (for example: media and entertainment, distributors, retail, hotels, automobiles, etc.). When we look at the companies in this industry individually, the compensation changes year-over-year were most often aligned with improved or deteriorated performance.

The structure of the overall pay program (salary, bonus, LTI) has remained largely unchanged since 2011. CEOs continue to receive less in the form of salary and more in variable pay opportunities, especially LTI, than CFOs.

Target bonuses as a percentage of salary remained unchanged at median and only changed slightly at 25th and 75th percentiles. We do not foresee any major changes in target bonus percentages in the near future.

Prevalence of performance plans continued to increase in 2017. The use of two different vehicles to deliver LTI remains the most prevalent approach and approximately 25% of companies studied use all 3 equity vehicles (stock options, time-based stock awards, and performance plan awards).

Performance plans account for around 60% of LTI awards on average among companies studied. The other portion of LTI is delivered through an almost equal mix of stock options and time-vested restricted stock awards.

2017 performance overall, was higher compared to last year. Median revenue growth was 7% (vs 1% in 2016) and operating income growth was 7% (vs 4% in 2016). Total shareholder return in 2017 was comparable to 2016; the full year return was 20% (vs 16% in 2016). Total pay increases were much higher than in 2017, which we believe were directionally aligned with the performance improvements. A strong year of financial performance led to high annual incentive payouts in 2017 and after multiple years of sustained TSR growth companies are increasing LTI opportunities among their top executives.

The pay mix has been relatively consistent since 2011, but where we are seeing the most change is within LTI delivery vehicles. Since 2011 performance-based LTI plans have increased about 13% for both CEOs and CFOs with a similar drop in the prevalence of stock options, and time vested stock being relatively the same. With the focus on aligning pay outcomes with company performance by Boards and investors, we are not surprised to see large increases in total compensation after multiple years of sustained strong performance across industries.

Based on the screening criteria below, we arrived at a sample of 119 public companies with median 2017 revenue of $13B.

1 Excludes one company in the Telecommunications Services industry and one in the Real Estate industry.

2 Total compensation equals the sum of base salary, actual bonuses, and long-term incentive awards granted in 2017 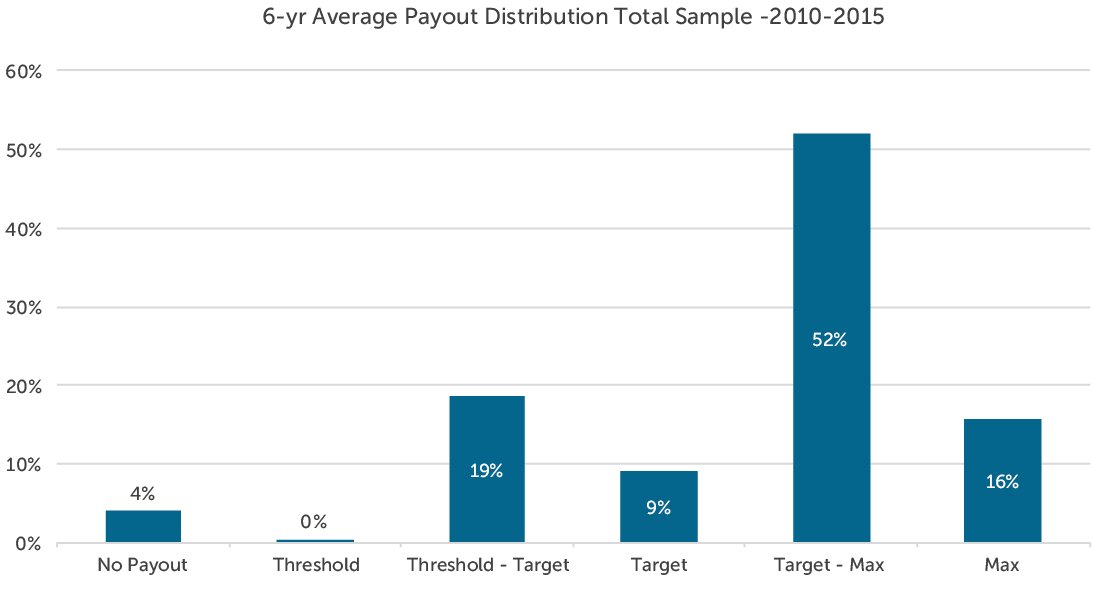 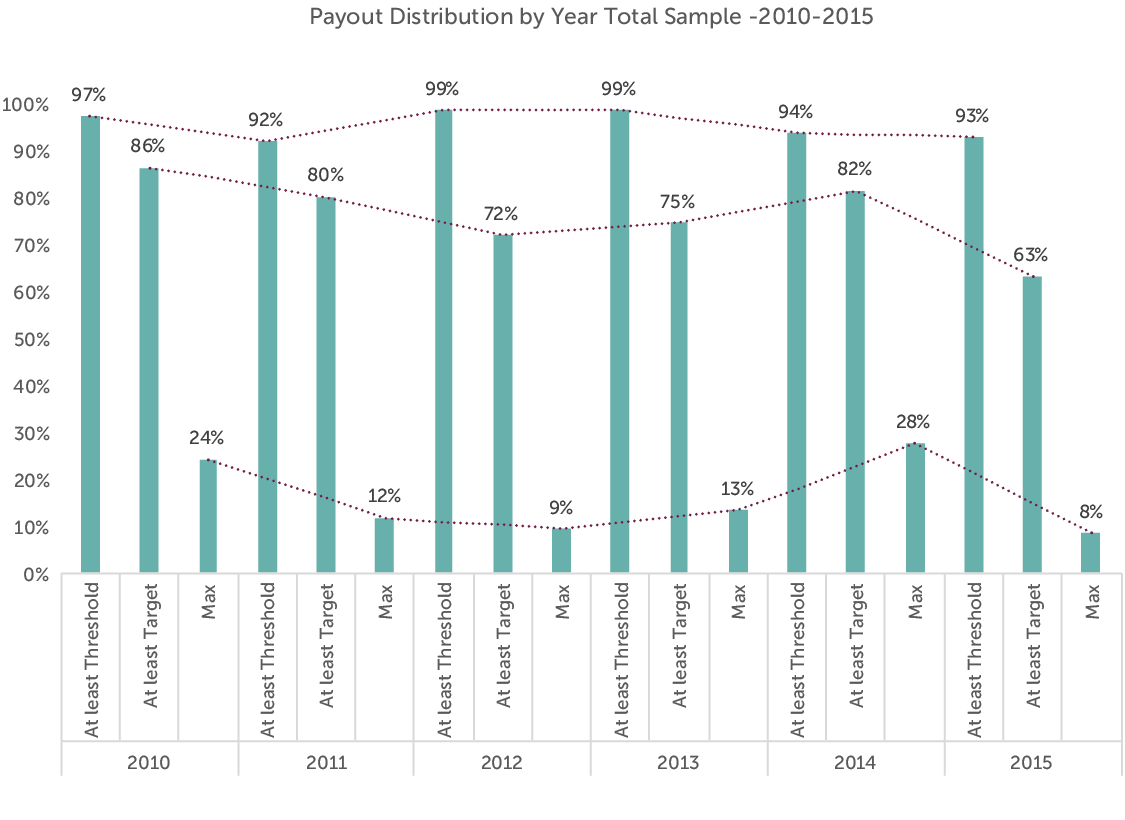 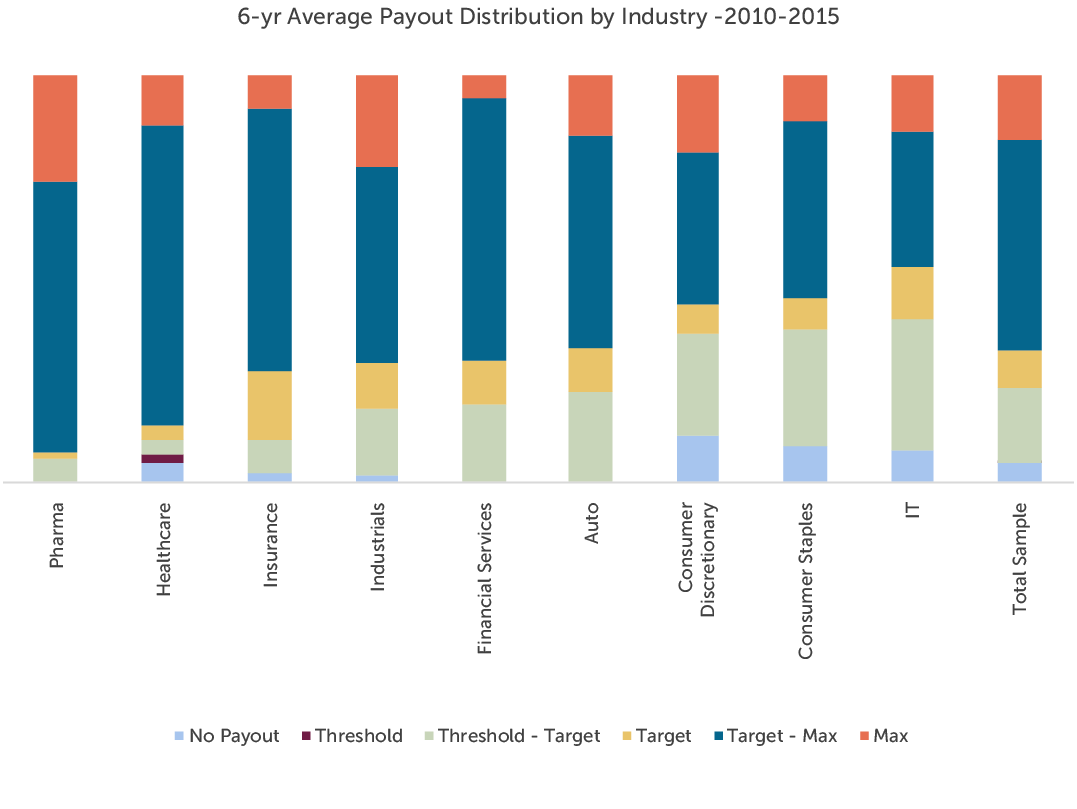 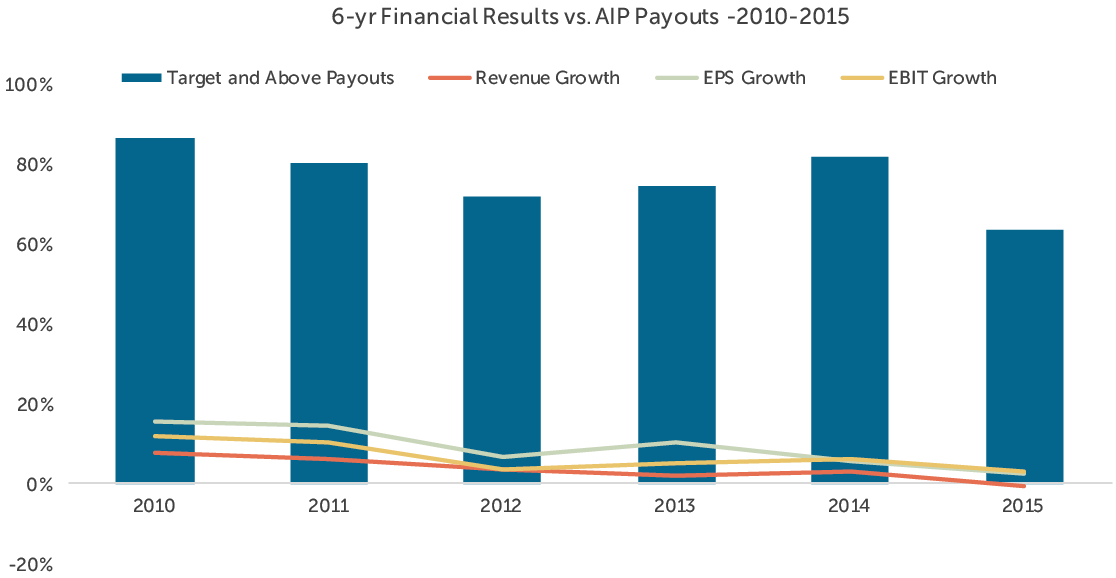 Partners Bertha Masuda and Susan Schroeder will lead a workshop on how to structure a compensation program for non-family executives.   Click here to…