In today’s post Dodd-Frank executive compensation market, most companies are familiar with, and many have implemented, “shareholder-friendly policies” such as clawbacks, hedging/pledging, and stock ownership guidelines. Further, companies have grown increasingly savvy on the executive compensation policies of shareholder advisory firms such as Institutional Shareholder Services (ISS) and Glass-Lewis—specifically as they relate to Say on Pay resolutions (SoP). Most executive compensation professionals—ourselves included—do not deny the influence on voting results when a company receives the dreaded Against recommendation from one or more of the proxy advisory firms. Our research shows that when ISS and Glass-Lewis recommend Against an SoP resolution, there is an approximate 20-30% and 5-15% reduction in the voting results, respectively.

Is this causation or simply correlation? Perhaps that question cannot be answered so easily, but it is possible to study how large institutional shareholders vote on SoP in order to try and understand what factors influence their voting. Companies are already aware of who their largest shareholders are, but an understanding of their voting policies and practices can provide insights on potential shareholder reaction to executive compensation program design, program modifications, and company performance. 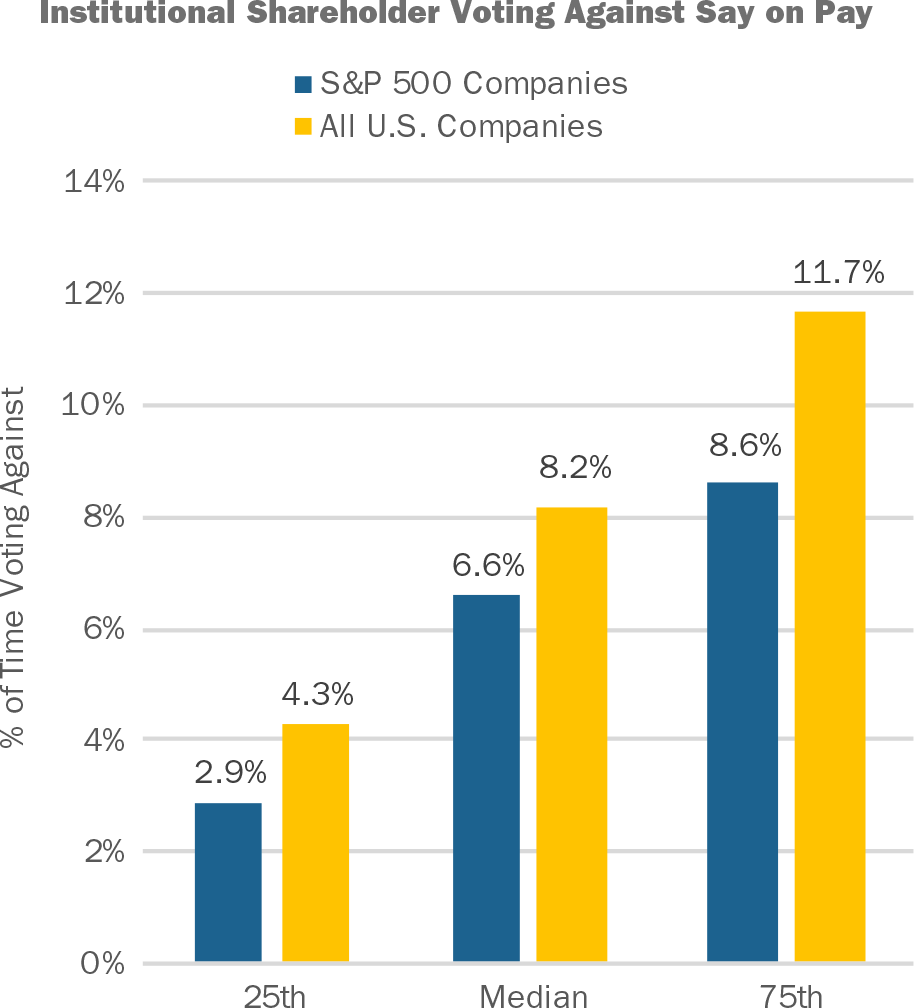 Why do Against votes occur more frequently among all U.S. public companies compared to S&P 500 companies? This outcome could reflect that S&P 500 companies, in the aggregate, are larger and tend to have the resources to develop and maintain more balanced compensation programs. For example, a long-term incentive (LTI) program that is composed of a portfolio of time- and performance-based awards is viewed positively by institutional shareholders and is more common among S&P 500 companies versus all U.S. Companies. S&P 500 companies also have the capacity to lead more extensive shareholder outreach campaigns, which allows them to explain the rationale for their programs.

CAP suggests that companies should track the voting tendencies of their major institutional shareholders, particularly if they vote Against more frequently. Companies may want to look at historical voting on SoP and should review their institutional shareholders’ proxy voting guidelines—particularly as it relates to compensation. For example, BNY Mellon voted Against SoP at 27% of S&P 500 companies and Against SoP at 44% of all U.S. companies. A review of BNY Mellon’s proxy voting guidelines states that they “consider proposals on a case-by-case basis in situations where:”

Therefore, if one of your company’s major shareholders is an institutional investor that supports SoP less frequently, it is important to understand their voting guidelines, especially if your executive compensation program has practices or includes features that are viewed negatively (i.e. tax gross ups, 100% time-based LTI program, etc.). 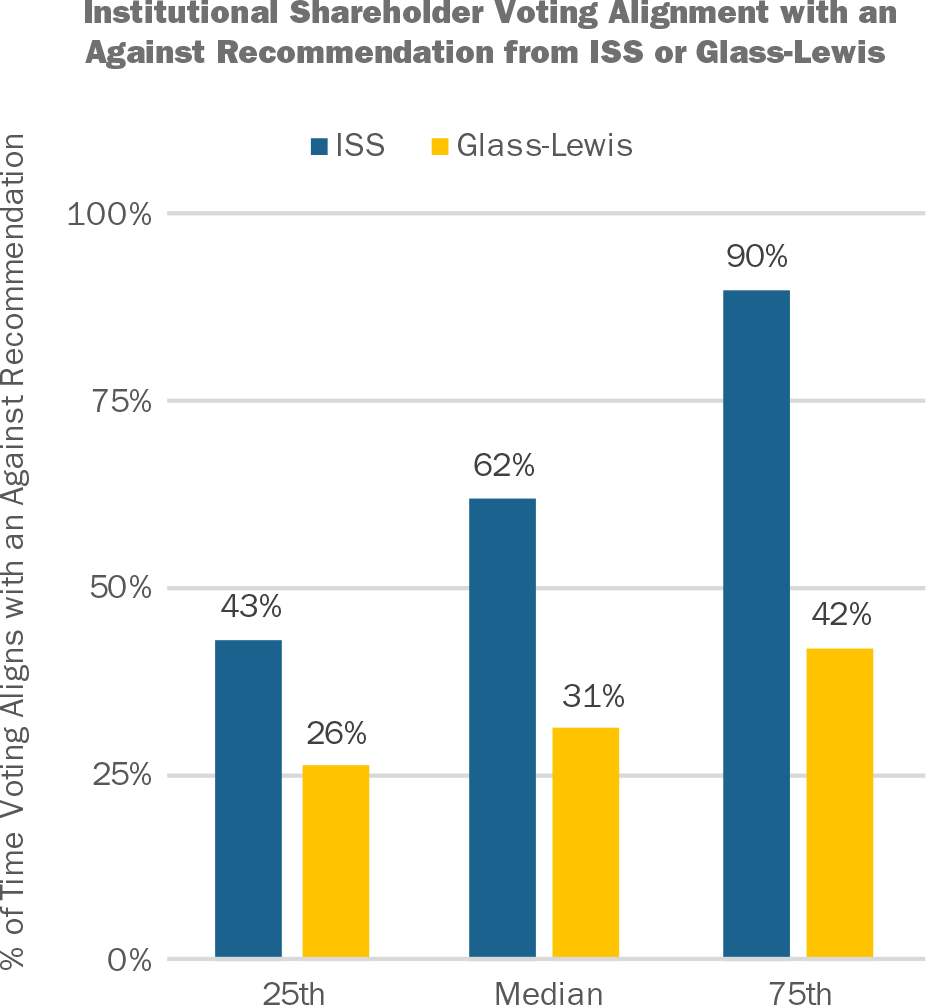 In our view, it is important for companies to develop a compensation program that aligns with the business strategy, promotes shareholder growth while minimizing risk, and attracts and retains key talent. Once a framework is established, companies can then overlay an understanding of the voting practices of their institutional shareholders, including specific proxy voting guidelines, voting history, as well as the alignment of voting results with ISS or Glass-Lewis recommendations. This becomes more important in cases where the institutional shareholder votes Against SoP more frequently than the norm or follows ISS and Glass-Lewis recommendations a very high percentage of the time. While some companies may engage in comprehensive shareholder outreach programs, other companies do not have the resources for large-scale shareholder engagement. For these companies, an understanding of their institutional shareholder voting policies and practices becomes an important consideration when it comes to compensation program plan design.